Feeling Nostalgic — A Year of Firsts 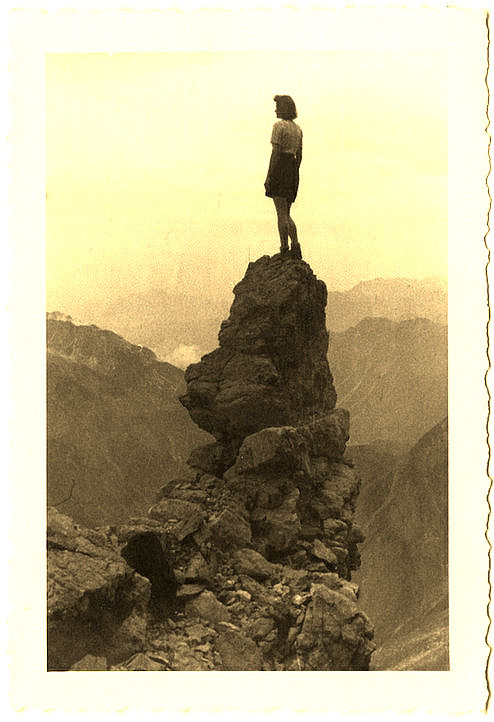 When is the last time you did something for the first time? It’s been months since I saw this question posed on Twitter, but it’s never left me. Around two o’clock this morning, I found myself reflecting on many of the firsts that I’ve experienced in the last year. Some of them were fruits of labour, some were the seeds that came before the fruit, and some of them were pure synchronicity.

A year ago, I wrote my first blog post. Countless hours were spent learning the ropes and getting things to look just right. What would I write about? Who would care? I remember the thrill of logging in to discover the first follower, the first comment and the first “like”. It’s still exciting. For the first time, I was corresponding with wonderful people from around the globe who are likewise curious — book lovers, fellow writers, nostalgic souls, history lovers, travellers, professors, documentarians, and editors. Many thanks to you, to all of you, for your comments and sharing.

I had a major birthday that ends with a zero. I’ll just own it — I’m fifty.  When I was twenty-five, I couldn’t imagine being fifty. Now that I’m fifty, I can’t imagine going back to being twenty-five. Where is the first in that? Well, perhaps it’s in that I’m the most comfortable in my own skin. I feel an acceptance of the creases in my brow and the fine lines at the corners of my eyes. The worries and joys that caused them have been gifts in one mysterious form or another. They’ve leant to the context of the stories I write and they feed my voice. They are part of my story — as are my tattoos. That is a story for another day.  The glasses are no longer a fashion statement — they’re here to stay.

For the first time, I stood in the Pacific Ocean, a few metres away from a rock covered with harbour seals. For the first time, I sat on a beach  and watched dolphin’s leaping freely in the ocean and pelicans swooping into the surf. I didn’t lose my heart on a hill in San Francisco, but I sat in the open window of a ground floor apartment there and wrote a scene for a story.

In one week, I’ll be reading my work at a book launch hosted to a local art gallery. That’s a first that comes on the heels of another first — my short story, Pearl Earbobs, won an award and has been published in The Renaissance Anthology. In the past year, I’ve also learned that when I read publicly, the characters invade my person and I read their words in the accent of their heritage. It just happens. I can’t stop it. So please accept my apology in advance if I ever read a story aloud and demolish your country’s accent. I hope you will forgive me; I do mean well.

For the first time, I accepted a position on the board of an organization — secretary for the Writers’ Community of Durham Region.  I’ve since added speaker liaison to my portfolio and I’ve been called upon to make announcements at the monthly breakfast held for writers. Another first — me behind a podium.

A few weeks ago, I performed a song at a pub as part of a trio–first time. I received my first call back a week later. We’ll perform again next month at a book fair. In the past year, I’ve received rich affirmations that I am exactly where I need to be and I’m doing what I’m meant to do. I can’t wait to see what’s next.

For the first time, I know there will never be a last time for a first time.

When is the last time you did something for the first time?

12 thoughts on “Feeling Nostalgic — A Year of Firsts”