Writerly Observations — on The Unlikely Pilgrimage of Harold Fry 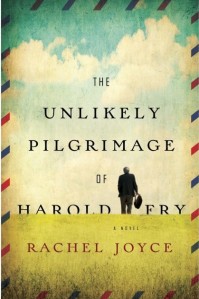 I have always been an avid reader.  Books have allowed me to step out of my own life and to gaze into the worlds of others.  Since picking up the pen, or keyboard as it were, I have begun reading with a new purpose.

An editor once told me that the best classroom is a good book.  And so, I seek out, the lessons on craft that can be gleamed from authors whose work has public recognition.  It’s like attending a masterclass from the comfort of my armchair.

What follows is my own writerly observation of The Unlikely Pilgrimage of Harold Fry by Rachel Joyce — a mixture of revelations and reminders of things we forgot we knew.

To name or to number, that is the question. Joyce’s chapters are simply titled “Harold and the ___” or “Maureen and the ___”.  (for example, “Harold and the Hotel Guests” or “Maureen and the Telephone Call”).  The reader instantly knows the POV of the chapter and the quaintness adds to the quirky dawdling sense one gets from the characters.  So, do chapters need to be uniform in length and must the chapters alternate predictably — Harold, Maureen, Harold, Maureen? No and no. Each chapter varies in length from three to eleven pages.  As many as two chapters in a row may be about Harold, as the his journey is most central to the story.

When a character relates a past experience, the flashback doesn’t have become a lengthy expansion standing alone in a separate scene.  Every flashback isn’t a full daydream. A number of Harold’s flashbacks are kernels of memory, captured in a single sentence.  They pop into his mind, then just as quickly, they pop out and he is onto commenting about some new observance of the moment.  This approach to flashback adds to the feeling that you are walking with him.

How does Joyce creates the tension between Harold and Maureen that engages the reader?  She introduces the challenge; the characters grief the loss of their son individually.  This is followed up by the constant confusion created by their lack of communication and inability to discuss their real feelings. “Just talk to each other, for goodness sake!” I want to say.  Tension is furthered when we are allowed a glimpse at one character’s real feelings, a view not afforded to the other character.

A reveal needs to be cleverly paced.  Harold has a secret, something that causes him shame. He’s spent years blocking it from his mind but now, with the revelation of Queenie’s illness, he is forced to remember again. From the beginning of the story, we know there is a secret.  Each time the secret is referenced in the progression of the story, the length of the reveal increases.  The first mention is more of a read-between-the-lines hint at a secret. By the time we reach the end of the story, Harold writes a full letter detailing the event that caused him guilt.

Characters should react to situations and interact with other characters in manners that are plausible.  Joyce writes with a sensibility to the grief experienced by Harold and Maureen, and their coping strategies. Their strengths and weaknesses are relatable and that is what engages us as readers. The minor characters who join in the pilgrimage are a colourful cast of their own with some distinctive psychological angles.  Unless a writer has first hand experience with loss or eccentricity, they should research thoroughly to understand the behaviours and actions of a character thusly afflicted.

This link provides some insight into Rachel Joyce’s inspiration and the source of her characters.

An Interview with Rachel Joyce:     http://www.youtube.com/watch?v=g9geEc_t0_s